The Kapex KS120 height adjustement for dado cuts is limited to about 40 mm, which avoids using this feature for high workpieces. This limitation seems to annoy other Kapex users. 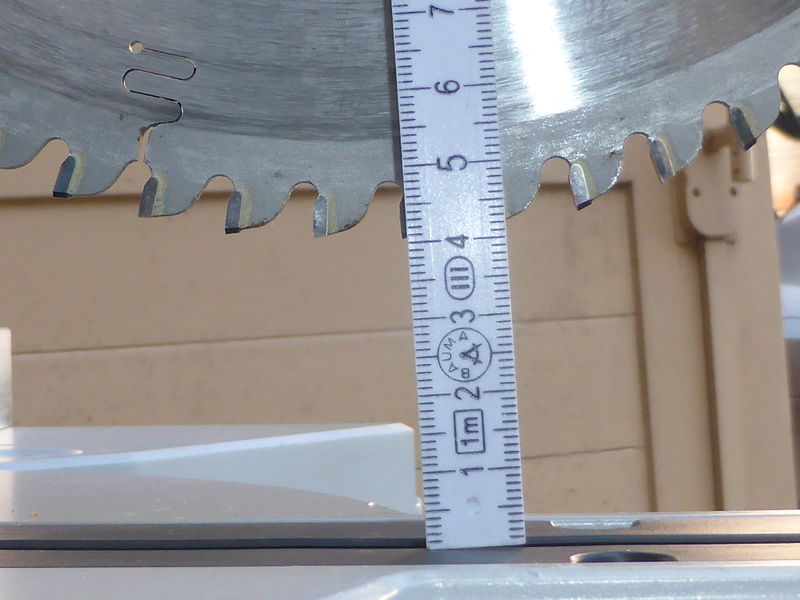 Dado cuts are limited to about 40 mm

Ron Paulk recorded a small video to show how to perform dado cuts using the Kapex KS120. Many thanks to him !

The cutting depth limit lever is referenced at position "1.4" on page 4 of the PDF user manual.

The cutting depth limit lever is referenced at position "U" on page 7 of this very nice official Kapex KS120 supplemental user's manual.

I updated my Kapex KS120 to allow a cutting depth limit adustement from 0 to ...93 mm

To unmount the existing 1.4 lever, remove the mains cable strain relief and the machine back panel/plate. 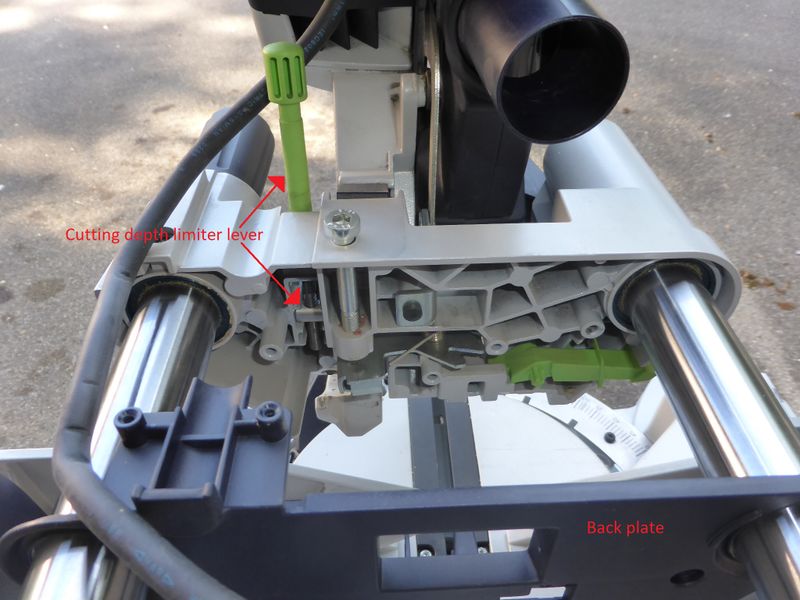 The height adjustement lever is easy to replace

On a lathe, process a 6 mm silver steel rod to make a modified copy of the lever 1.4 using the dimensions shown in the picture below (scale = mm). The shape of the thinner side of the rod does not need to match exactly with the original part. 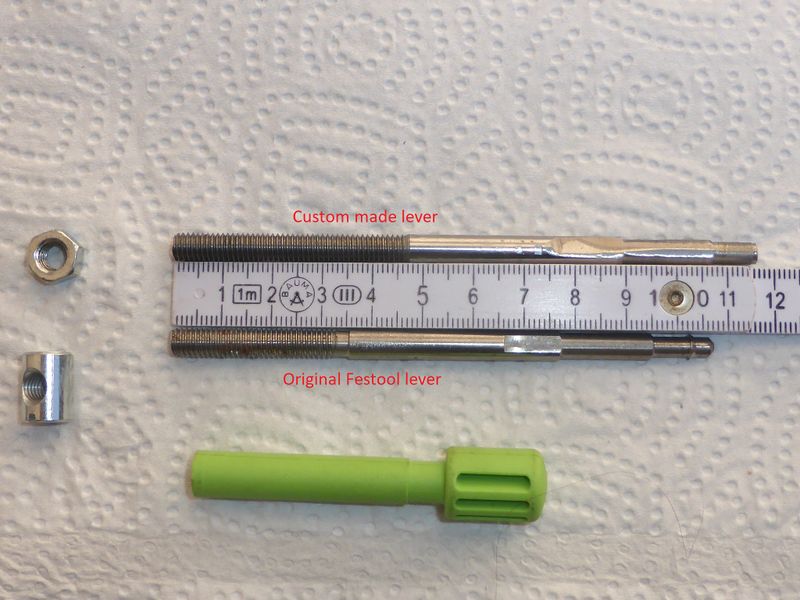 Use an M6 x 1 mm (right hand) HSS die to machine the thread.

Use an angle grinder to create the flats on the opposite side of the rod.

Mount the barrel nut on the threaded side of lever

As you can observe on the original lever, the lowest possible position of the barrel nut is 12 mm.

Use a small chisel to break the thread on 3 or 4 locations on your custom made lever to limit the barrel nut lowest position to 12 mm (same value as on the original Festool part).

Check if the custom made lever has enough room to move near the motor enclosure. 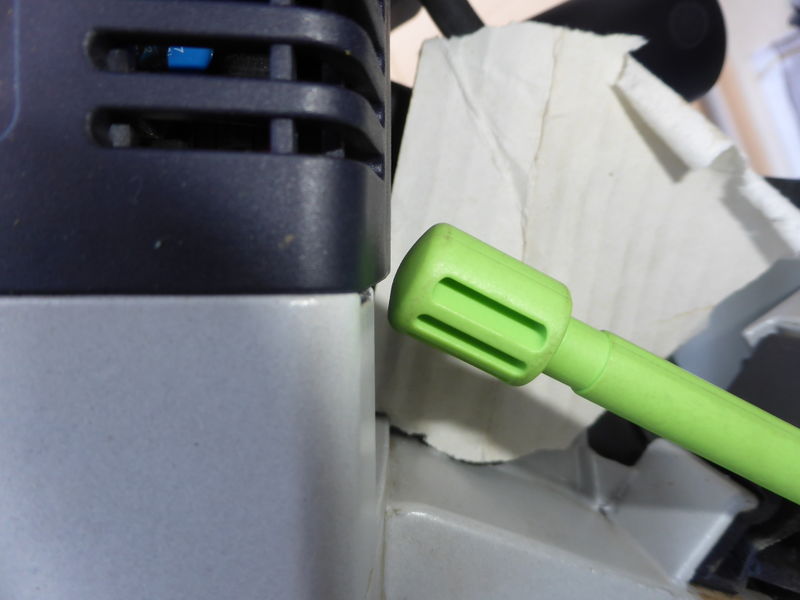 Take care of the motor enclosure

Replace the original lever with your custom made lever.

Keep a look on the tall miter latch parts to be sure they are in their correct position. 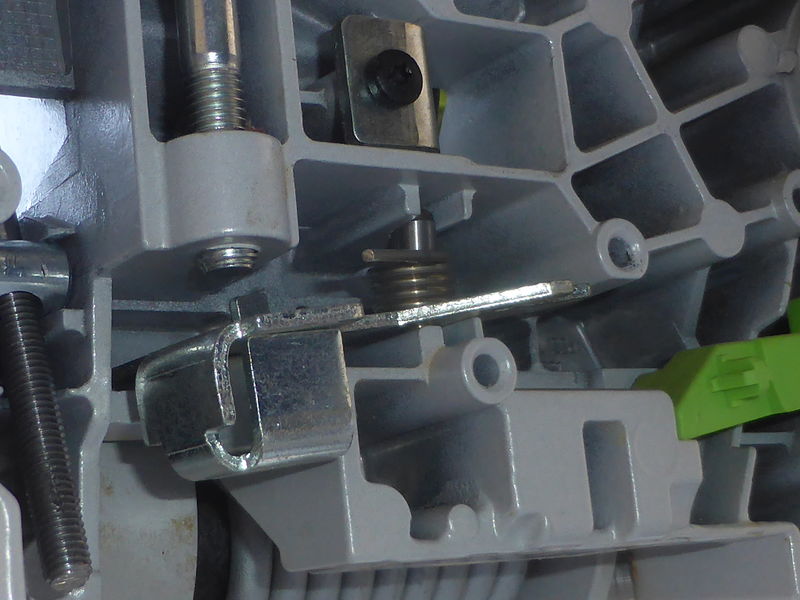 While positionning the plastic back panel, take care to put the tall miter locking lever spring into it's groove. 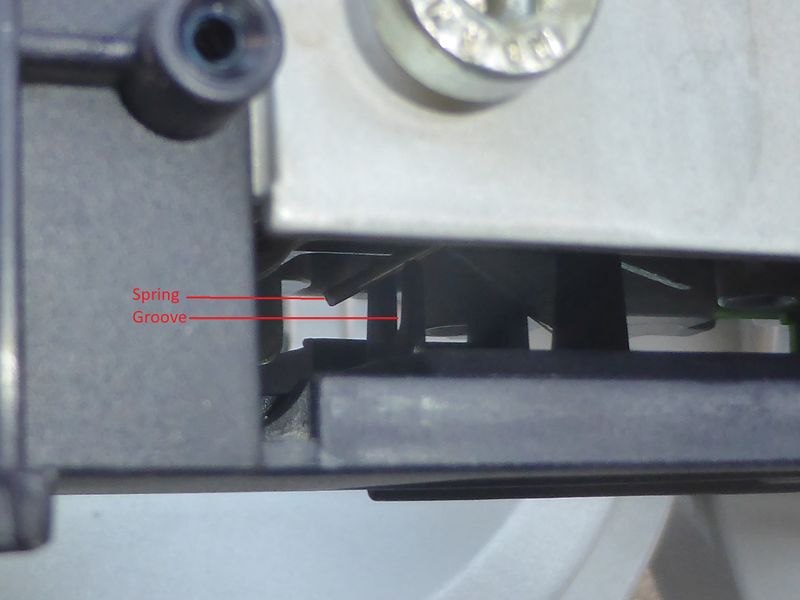 Spring and groove for the tall miter feature

With this modding, we now obtain a gorgeous adjustement span from 0 to 93 mm. The dado cut feature of the Kapex becomes now far more versatile.

Great! More than twice the span of the unmodified machine

You may use the M6 x 1 barrel nut from the existing lever assembly or buy a new part The original part has a 10 mm diameter and 14 mm lenght.

For adjustement limit above 50 mm, the 1.4 lever has to be set into an intermediate position. 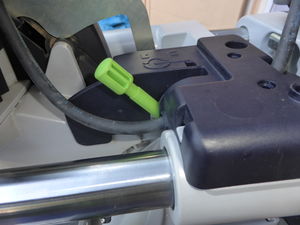 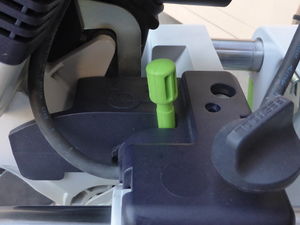 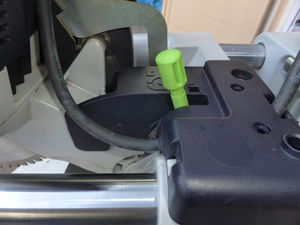 Another limitation (that already exists on an unmodified Kapex saw) : you won't be able to perform the dado cut in one pass on the full nominal machine width of 305 mm, but 220 mm seems to be reachable. To process wider dado cuts, you need to reverse your workpiece.